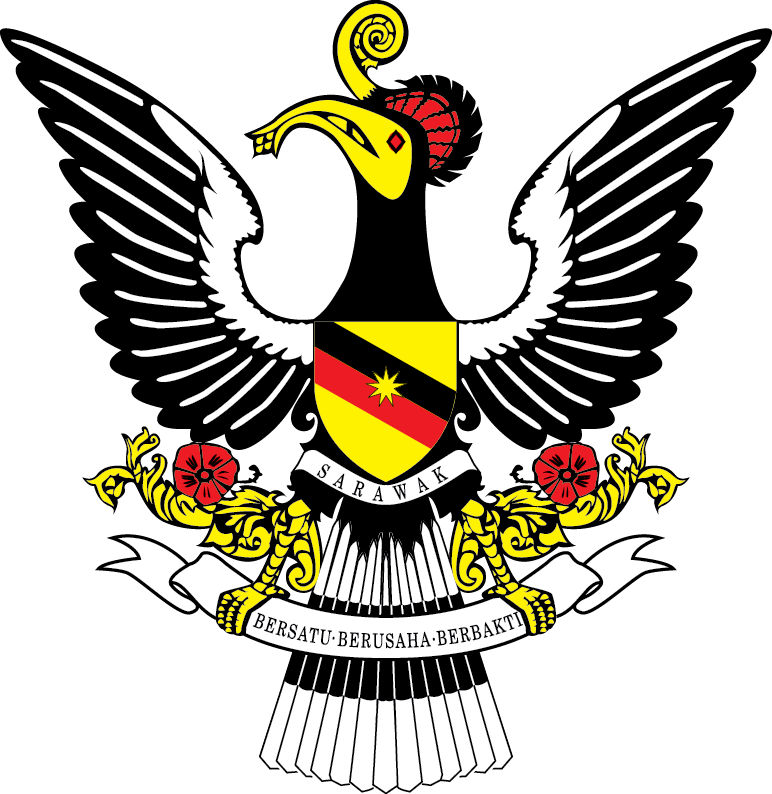 I seldom write but when I write, I will make sure it is right!
Recently there are lots of video and news about the Chief Minister of Sarawak Adenan Satem giving speeches as well as recognition for Unified Examination Certificate (UEC) of the Independent Chinese School (独中)  and he mentioned that whether the Federal government agree or not, Sarawak will still recognize the status of this Independent Chinese School. What does that mean? As I noticed, there are more and more Chinese voters started to love their CM now! Why? Its because of the election is coming again! Please be aware that Sarawak State Assembly doesn't follow the west Malaysia due date.

The last 10th state election of Sarawak were held in 16th April 2011, according to our law the state assembly have to dissolve after 5 years and have another election within 60 days after the state assembly dissolve.  As a result, Sarawak will have to held their election before June 2016. From the past election, we can see that the federal government will always distribute candies before the election which we believe it will be the same for this time.

For example, candy that had being distributed recently:

What Candy this time?


As what being mentioned in the 2015 budget, our prime minister announced that there will be a highway from Sabah to Sarawak which is the Pan Borneo highway 1633 km worth RM 27 billion. 936km is in Sarawak and we knew that the Sarawak will be having election on 2016 hence it is a must to distribute this project as candy to the construction player there hence construction companies in Sarawak will be benefited.

So who will be benefited? 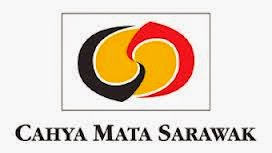 What’s the most important ingredients to build a high way? Tar , Stone, Cements, Steel are all essential and as this highway will have lots of bridges (cause Sarawak and Sarawak has lots of rivers) hence cement and steel are as important as Tar. As a result, the sole cement producer in Sarawak Cahya Mata Sarawak Berhand CMSB (Monopoly I would say) which is own by the Taib family will sure get benefit from the highway building even not winning the construction part. I would say this company as the biggest winner as they are the cement producer and has their quarry, where to get cement to build road and fly over if you don't get from the sole producer?

Do government have the funds to build the highway since oil price is low?


1st of all, we have got confirmation from our PM in the amended budget announcement that they won’t cut any budget for constructions that they have planned .

2nd this project will be a government and private sector collaboration where the private sector will raise their funding and own the concession. After then, they will appoint the construction players to build the road. As government doesn't need to come out that much of money, hence there is no issue about not building the highway.

We saw that those CMSB, HSL NAIM has got some movement recently where the volume had came in.  While Naim looks like bottom building. Volume coming while the price is upward bias 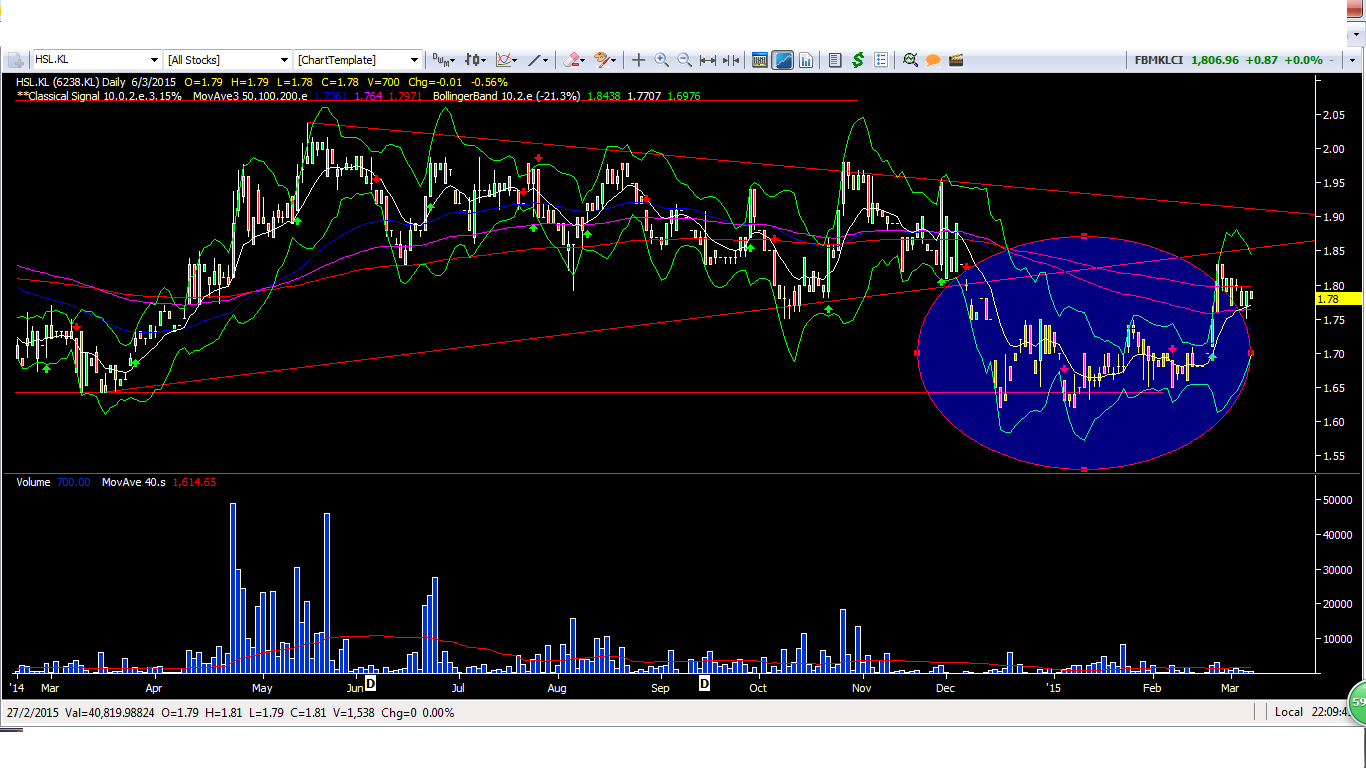 Bottom forming by having triple bottom with higher low. 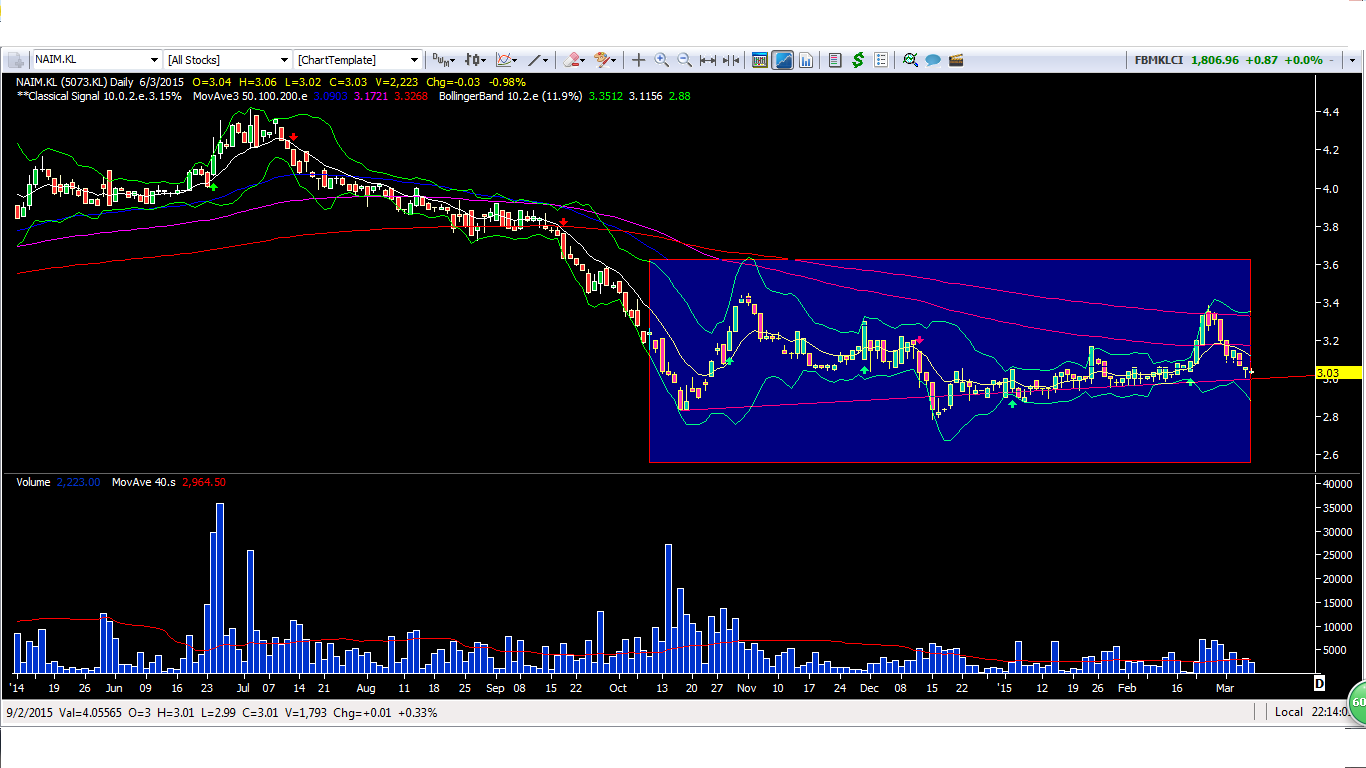 Bottom building with upward bias as well as higher low.

Will we spoil their plan if we were to buy some and keep now?
Yes and No, Yes as they might push it later if they don't have enough ticket. No as the project will be announcing soon.

Please like my Facebook Page if you think my analysis does make sense : The Big Canon Finance

Why not CMSB -CK ?
Expiry on 5th May 2015, what if the project announcement is not being announce before May?
Conversion :  4 to 1 (good)
Exercise price : RM4.50 the mother price is now 4.27, what if the candies are not announce before May? The warrant is out of money at that time and you will be losing everything!
Issuer: Macquarie: the issuer is good but the condition above is just too risky!

Caution: Please be aware of the risk for call warrant as you will be losing everything for betting on it. Please call your dealer for more details.

This is nice informative blog in which you discuss about Sarawak Election Stocks which is related to canon finance. Thanks for sharing this and keep sharing.