The real challenge for housing price is finally here... (Part 2)

In the previous article, I show you it is possible that the house price will come down in a short cycle and this article down here, I will tell you what is the challenge and the catalyst for the house price to come down in 2015 and 2016. Part of the catalyst were mentioned on January 19 2014, u can check this out :
http://bigcanon.blogspot.com/2014/01/my-personal-2014-outlook-part-2.html

In the past few months, we saw that the amount of house transacted has came down drastically. This can be proven by this article on The Star by 16 August 2014.

After all those cooling down then what will be next? Look at the numbers and what does it tells you?

My set of understanding told me that in year 2011 and 2012, there are lots of primary residential transactions were done. Why is this so? I will take it as, in year 2009 til end of year 2013, there is a scheme we call Developer Interest Bearing Scheme ( DIBS), this is a scheme where you pay a small amount of down payment and you will only have to serve your installment after getting your house key. As a result, there is a boom for these few years and causes the house price to shoot up, this DIBS had stopped in year 2014 and that is 1 of the reason that the numbers started to come down especially in KL save for Johor.

On the other hand, these numbers also show that in year 2011 and 2012 is the peak of the primary residential transacted. As we know, In Malaysia, we won't get our house immediately but have to wait up til 2 years and above (make it 3 years) to get your house key and there is where you will have to start paying your installment.

So with the numbers above, I can say that 2014, 2015 and worst by 2016, this house buyers will start to get their house key. That is the time where the nightmare come. Why? This is because there are lots of supplies comes in to the market. How many of those house transacted are for self staying? lets talk about those in Klang Valley, assume 60% of it, then there will be 40% are for investment, and lets assume 50% of these investors are flippers then there will be 7304 residential are waiting to be sold which increased the supply of the houses in 2nd hand property.

So now we will have to look at the numbers of 2nd hand property that were transacted, in that table, we saw that the peak of transaction was in 2011 and the numbers of transaction came down drastically and this happen before BNM tighten up the monetary policy, so what will happen after the tightening of the monetary policy? Well, I still yet to have any figures with me but let's wait and see whether am I correct again. Anyway, logical thinking tell us that the number will come down even further after the tightening.

So, can this 7304 residential properties sell out easily? If they cant sell out immediately then they will have to slash their price while paying installment, they can also rent their property out in the mean time. At the mean time, they will have to pray hard that the BNM don't increase the OPR, I understand that the new regime is using Cost of Fund of the individual bank but anyhow, OPR will still affect their cost of Funds and not to forget, they are paying higher interest rate for FD just to get your deposit! This gonna raise their cost! On the other hand, you may check on KLIBOR, this rate had shot up from 3.11% on 2nd January 2014 to 3.86% in January 2015.

The flipper will really have to pray a lot as the CoF are now upward bias, they will have to pay more for the installment when it moved up. Can they afford to pay the installment will be the another issue and you may imagine yourself whether what will happen when they are unable to pay their installment. You may also look at the newspaper especially NanYangSiangPau, they always have list of people that just joined the bankruptcy club (sorry to say this but this is reality).

With lots of supplies coming in to the secondary market and the tightening of the monetary policy had already causes headache to the developers, heard of some developers had started to slash of the price of those unsold units even in Ampang (from 1200 psf to now 850psf), and some even mentioned they bought the house for 900k and now is renting 1600 only. You may do the math yourself about the yield and don't forget the quit rent as well as the maintenance fee too! 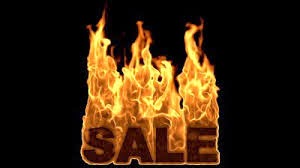 On the other hand, the drop of oil price and the stock market and GST will also causes lesser money to flow in the economy. Oh ya! Have u read about those cost cutting as well as head count cutting news in the newspaper? Retrenchment is the greatest problem of the country, government, and economy ! and  stock market too! So.. How to pay when u have no income? (touch wood) This is definitely a vicious cycle where everyone wants to avoid but too bad, it had already started in Malaysia. What will the bank do when you don't pay? I guess this is part of the reason our Banking stocks dropping recently.

Its not wise to say there will be no bear when you never see bear before, it is an economy cycle that you can't avoid. 2015, 2016 are years of volatility and there will be bad days for those who failed to cash out and its a great opportunity for those who are cash rich!

What will happen with more and more supply are coming in to the market and lesser purchasing power (demand is there but the affordability is not there) to take up the supply...

Once again, " GOOD LUCK FLIPPERS"! May your god bless u...


p/s: sorry for the late post as I was really busy with my job recently.

Everyone is just so bullish about the property market and believing that the price will not drop and will only trend higher and higher. No doubt, if u view it in 20 years period (long term), the price of property will only moved up, but what if in 10 years time or even shorter ???

We will see whether house price will go down or not in this part and on the next part I will share you Why the real challenge is here now. 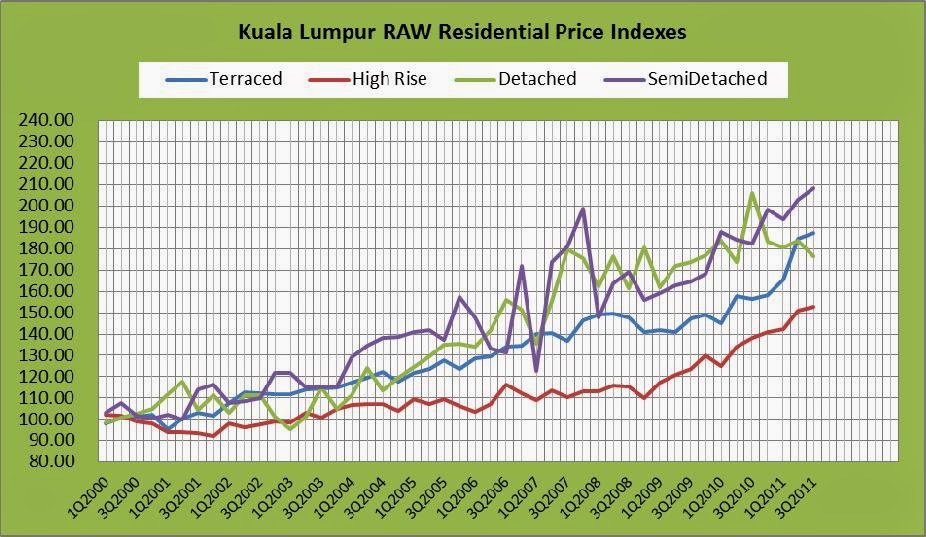 In this 11 years chart, u can see that there are ups and downs, no doubt that in 11 years time it rises but what if u go in to the market on 2007? So compare to 2007, u r still making losses at the year of 2009. I understand that most of the people that argue house is for long term and no doubt it is, but 1 thing, how many of the flippers are thinking about long term? How many of the owner can go through the financial crisis by keeping their job? And how about the interest rising cycle?

Look at the chart above, will there be no dropping price?

Singapore is a small island that has really limited land, but how come price came down ah?
Hong Kong is also a small island, and the sales has started to declined just like what happened to Singapore before the drop.