Its been a while that I've stop blogging. Some said I've run away causes losing money until trousers drop, some said I'm talking rubbish here and some said I've made my millions. Anyway, non of the above is true but I do wish the millionaire thingy can come true. Haha.. I've been busy with some stuff and I've joined Grand Pine to make myself even much more better in stock market and they are proven with their track record. You can contact me if you would like to join or attend their seminars.

Let's get back to the title. Recently, there are lots of "Hoo Haa" for SPACs and formal SPAC.

1st) The SC had tighthen the rules of the new SPACs listings.

2nd) The Hibiscus which is formerly a SPAC had failed to get oil for the 1st drill in OMAN. This is the Black Swan that I meant.

These 2 looks like a bad news to the SPAC investors. 1st of all, looking at the rule tighthening by SC, I would say it is good and it can make our SPAC here better than the others that were being listed in other country. Why do I say so? This is because the tighthening of the rules can make sure the investors are well protected. You can see it through the changes.

1st The management team is not allowed to touch the money from the trust for their salary. Isn't this obvious enough to protect the investors? This will ensure the management really work on the deal and not slacking in order to get QA ASAP!

2nd The discount of the initial investors should not be lower than 40% of the IPO price. This is also good for those late investors like you and me! At least we are making sure that they don't get crazy profit for doing nothing! Anyway, it will be even better if they could even lower down the discount.

For more benefits, U can look into this link
http://www.fz.com/content/sc-fine-tunes-spac-rules

On the other hand, to those who are pessimistic of the stock due to the failiar in foreign country. I think it would be different case as we are having a better set of rules that really protect us after SC learnt from those failiar. To those who don't buy this concept, due to no core business, I would say it is not bad to buy a company with tonnes of cash which is going to buy new business that could act as a catalyst for the share price.

The another issue is more to the Hibiscus case where some of my clients keep telling me that they SPAC is dangerous! This is because they afraid CLIQ or SONA might not be able to hit oil just like what HIBISCUS did! Well they might be right in some extent but what I would say is, you will have to look at the company's plan before making such a judgement!

1st) The Hibiscus has been slated to be a E&P player which is to explore and produce. This can be found easily online through those online news. (Exploring Asset is the most risky assets according to SONA's management)
http://www.theborneopost.com/2011/06/30/hibiscus-sets-precedence-in-new-listing-category-on-bursa-latest/
This means the company gonna explore 1st and try their luck whether got oil alnot. When they strike oil, they strike the pot and vice versa. So the risk is like what happened recently.

Anyhow, it is worth to take note that the investment in Oman is just about 35% of their proceeds they got from IPO and its not all their money! Hence, will this be a chance to buy at the cheap side? Don't forget they have the 2nd chance which is the 2nd drill after the recent failed attempt.
http://www.theedgemalaysia.com/highlights/195258-hibiscus-to-venture-into-oil-and-gas-eap.html

I'm a person who believe that there are insiders and  in the market, pls take note that is only what I believe and it might not be true. Will it be the insiders had sold it when they knew there are oil in other place and push it up ? And press it down for ticket again by telling u no oil were being found? And push it up again when there are oil in 2nd drill? Well.. No one knows except the one who plotted this. Hahaha.. I'm just making stories here, please don't believe the joke and it's not true.

2nd) CLIQ Energy (My darling, I mean the stock not the guy in the picture)
According to the game plan of CLIQ, they plan to acquire discovered O&G where Brownfield will be accounted for 75% of their IPO proceeds while 25% will be the Greenfield asset which is still under the exploration.
http://www.theedgemalaysia.com/business-news/233853-ipo-cliq-energy-to-own-more-brownfield-assets.html

Apparently, they are having lower risk isn't it? 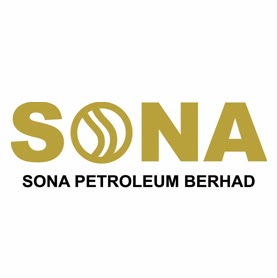 According to the press release before listing
"Hadian cites the oilfields being hived off by Newfield and Hess as the sort of assets that have become available in recent times.
Sona Petroleum has said it is interested in buying smaller fields in shallow waters with depths of not more than 120m. It believes these assets are abundant in oil-producing regions such as the Middle East, Africa and Asia.
While it is prepared to invest in all three lifecycles of an oilfield, Hadian says the firm will prioritise assets that are producing as a jump-off point before venturing into earlier-stage wells, which naturally come with higher risk and capital cost.
Fields with reserves of between 5 million and 30 million barrels, and production of 2,000-5,000 barrels per day, are preferred, he adds.
“We intend to acquire a producing asset first, which is more likely to have steady cash flow, a shorter lead time and lower risk because it is in production," Hadian says.
"With the cash we will replenish our reserves by seeking out development assets. And for future growth, we will look to acquire exploration assets, the most risky of the three."

Can U see the differences now? Hibiscus focusing on becoming a E&P player while CLIQ wanted to be more secure by getting Brownfield to get some income 1st and same goes to SONA Definitely having some asset that generates income is much more safer!

After the price tumble for Hibiscus the Black Swan in SPAC Boom, I've noticed that the price for the other SPACs especially CLIQ had came down quite a bit and I will take it as a black swan event in this industry and I've bought more CLIQ at this level and gone all in. Is it a right thing to do? I don't know but I believe so.

Last but not least, there are lots of investors in the forum are saying that the management is useless and they are taking way too long for the QA. Undeniably that I prefer the QA to happen ASAP but I do also understands that buying Oilfield especially brownfield is not an easy job like buying vegetable. It's even harder when u wanted to buy something good and with reasonable pricing. So I would say, if you want to buy SPAC then buy it only if u can wait for 2 and a half years or else you can choose other investment which is fast enough.

In short, Buy SPACS only if U can wait! HAHA... Anyhow, I think they are close to QA already. Lets not miss the boat! (only if you can wait!) On the other hand, lots of retailers loves to ask about Target Price. Personally I think RM1.25 wouldn't be too hard for CLIQ  while RM0.8 wouldn't be hard for SONA.Haha.. This TP is base on gut feeling and has no proper way of calculation. Let's see whether can they hit that price after their QA! Of course, I do believe they can move even higher than what I mentioned above as I need to put a lower price out here to make my words come true! Good Luck!!!

HAPPY NEW YEAR in advance and MAY US HUAT HUAT HUAT in the year of 2014!!!

eToro is the best forex trading platform for rookie and professional traders.